What Coronavirus Teaches About Inequality, Discrimination and the Importance of Caring 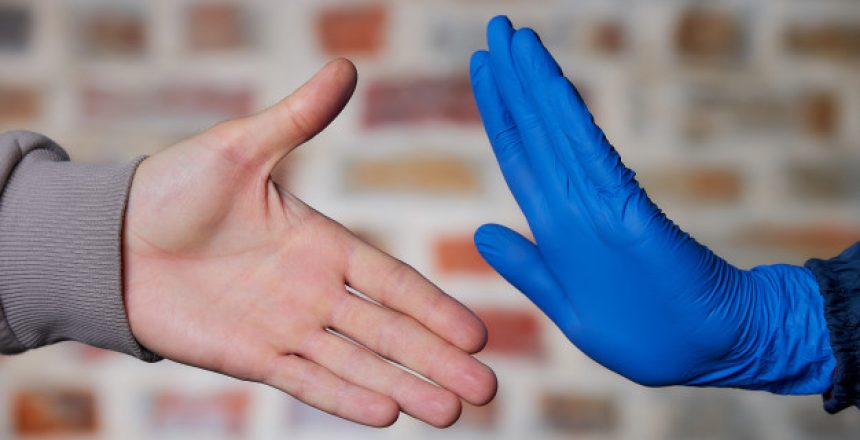 They say the coronavirus doesn’t discriminate, that it put us all — no matter how diverse we are — at risk of falling ill, and that it dictates an equally threatening future for all humankind. But the measures that have been implemented in Central America to deal with this pandemic are irrefutable proof of the monumental, pre-existing inequality of our societies, and how quickly the neoliberal capitalist system takes advantage of sexism, misogyny, racism and all phobias against the “other” to reproduce and strengthen its dominion over the vast majority of beings on this planet, and the planet itself.

Pre-existing inequality for women, who are the largest group of people discriminated against, ensures that the virus does discriminate. Note the dramatic rise in violence against women, many confined with their aggressors. Or the proliferation of barriers to access to health services, especially related to pregnancy and birth, and the deepening of extreme poverty that has always been predominantly female.

Now glaring inequalities have emerged between people who have the opportunity to survive by sheltering at home and those who have no choice but to endanger their lives, because they have to go out to feed themselves and their families, or to provide services that their governments now deem “essential”, or simply because they have no place to take shelter. The list of horrors caused by  this novel coronavirus scourge — but more than anything, deepened — is endless, as is the list of lessons it’s leaving us. I will only mention two for lack of space.

The first has to do with how the discriminatory effects of government measures allow us to more fully appreciate how dangerous it is to value the production of goods by big corporations for the market, over the care of living beings and the planet. The measures also unmask the greed of the neoliberal policies that the World Bank and the IMF have been demanding from us for decades.

Health and social security, education, banking services, insurance, penitentiaries, public safety and even justice had been almost completely privatized before the pandemic, but most of us Central Americans accepted the privatization policies due to propaganda that led us to believe we would be better off with private companies than with public institutions and services. We were also told that mega projects were synonymous with “development.”

With the arrival of the pandemic, more and more people are experiencing exactly what human rights defenders had already warned of: the almost zero capacity of governments to fulfill their legal obligation to guarantee human rights to health, among many others. Successive governments in our countries have been systematically dismantling public hospitals and have abandoned the few social programs that should have constituted a safety net. They no longer have the money to face the economic crisis and unemployment caused by sheltering because the money that the big private companies should have paid in taxes for the megaprojects they promised would benefit us all, has vanished in tax incentives or amnesties.

The second lesson is perhaps even more harmful because its effects had been largely hidden before the pandemic:  It is the enormous mistake of having allowed our governments to place the market at the center of our societies’ “development,” dismissing everything related to reproductive work and care as inconsequential compared to the goal of economic growth.

To put it more “scientifically,” in placing priority on production for the market, the capitalist patriarchy concealed the fact that the market does not have the capacity to sustain itself and reproduce autonomously, precisely because it depends on care activities for its own reproduction.

With the pandemic, it has become more evident that the market does not and cannot sustain our lives. The pandemic invites us to value what neoliberal patriarchy had taught us to despise: our interdependence and the importance of care work and mutual care–inside and outside of a paid economy. It is useless to think only of ourselves if those around us get sick.

It is showing us how essential the spaces/times where life is reproduced and maintained are, including the constellation of mostly women’s work in: home-making;  care of children, the elderly, the sick and persons with disabilities; cleaning and maintenance of our communities, cities, streets, parks, forests and beaches. The pandemic calls on us to put the sustainability of life, not the market, at the center. It shows us that it is not the reproduction of capital, but the reproduction of life that should concern us.

Since the current system only considers paid work and market transactions as productive, an important lesson from this pandemic is that we must change this system if we want to survive. Care work–the daily tasks that have been made invisible and belittled precisely because for centuries they have been largely in the hands of women devalued by patriarchy—must be at the center of our societies and our economies.

We have been shown our vulnerability, but we have also been shown our strength. Recognizing our interdependence and the work of mutual care and solidarity, and appreciating all that our Mother Earth offers us, her living beings, is the most important lesson that I hope we have learned. These  horrible months of pandemic and death at the same time have been months of enormous and small expressions of the goodness and generosity of the human spirit. There are thousands of examples of this, including people voluntarily keeping their physical distance even if their governments do not require it, as is happening in Nicaragua; artists delighting us from their rooftops, computers or in the streets; people planting and gathering food to share with the neediest; memes with such a sense of humor that we can’t help but laugh out loud in isolation; collective applause for health workers; and expressions of gratitude for those who care for our sons and daughters and the elderly, those who clean our homes and buildings, those who work in grocery stores, those who cook our food and so many other examples.

We have seen that the people least acknowledged by capitalist patriarchy are the most indispensable for our survival and that it’s the living beings — not the market – that sustain us.

Alda Facio (Costa Rica) is a jurist, international women’s rights expert and member of the UN Working Group on Discrimination against Women.